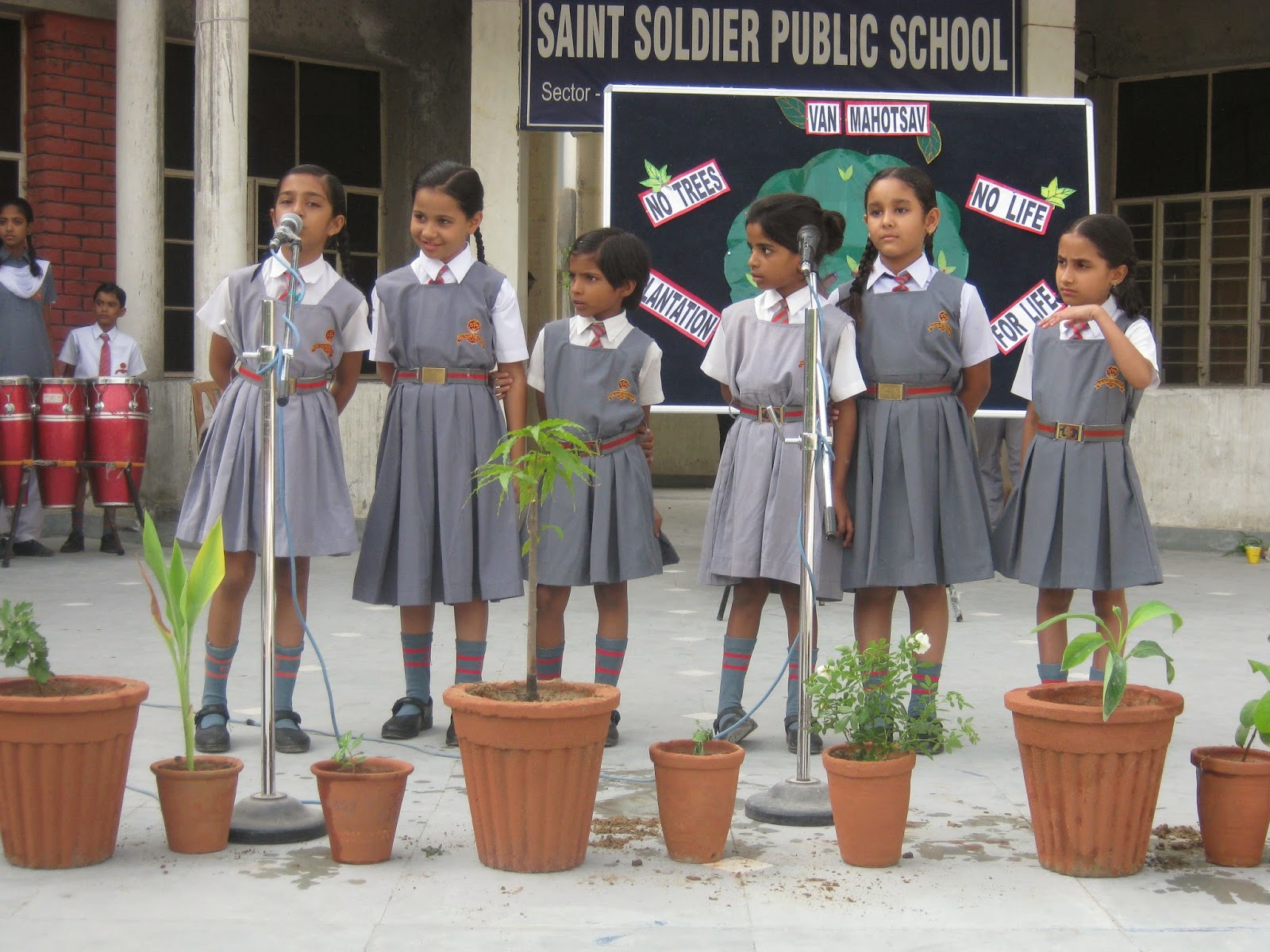 Van Mahotsav is an annual plan- Indian tree planting festival. It was initiated in 1950 India's Union Minister for Agriculture, Kulapati Dr.K M Munshi. It is expected that every citizen of India has to plant a sapling in the Van Mahotsav week. It helps to spread awareness amongst people about the harm caused by the cutting down of trees.Thus, to populace the plantation of plants, Van Mahotsav week was initiated in the school assembly. A brief speech on how and why this festival is celebrated was told.
The new Eco Club members were appointed and after that the club members along with the teachers and the eco club members actively took  part in the plantation  of the saplings.