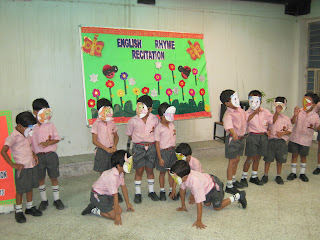 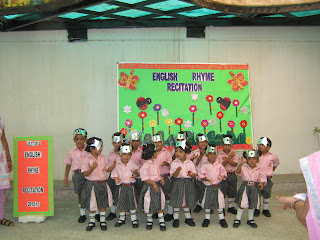 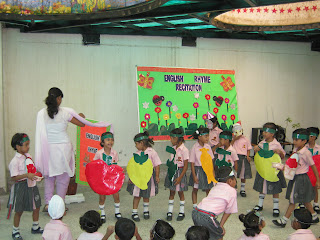 ‘A leader is someone who helps others do and become more than they ever thought possible. It is not about telling people what to do, but inspiring them to see what they are capable of, then, helping them get there.’
As leaders are pillars of every organization thus our school organized the INVESTITURE CEREMONY in order to honour the representatives of our school on 21 July 12.
The ceremony commenced with the lightening of the lamp by our esteemed secretary sir and principal ma’am. Thereafter the ceremony began with the elegant march past of our Head Boy- Master Shrey. J. Mistry, Head Girl – Simran Parvez, Sports Captain- Deepender Choudhary, Vice Sports Captain- Naveen Saini, Discipline Incharge- Saket, Exnora Head- Deeksha Natani.
The following appointees were honoured with badges and sashes by Secretary Sir and Principal Ma’am. Subsequently all the four houses along with their house Captains (Ajit Singh House:- Hari Singh),(Fateh Singh House:- Gaurav Chetiwal ), (Zoravar Singh House:- Himadri kumari) and (Jujhar Singh House:-Priyanka Choudhary) followed by prefects marched forward onto the stage.
They were privileged with their badges and sashes by their respective house mistress’ and other member of the house. After that all the school council members took the oath to work sincerely and honestly and to put their best foot forward. The head boy, head girl and all the four house captains expressed their gratitude by delivering speech.
The ceremony ended delightly with the speech of Secretary Sir and the ethical story about ‘Leadership’ narrated by Principal Ma’am.
Thus, Leaders are to set examples by forgetting what is past and pressing on.
at July 24, 2012 No comments: 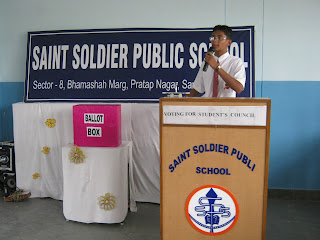 Being a democratic country, students of India should be made aware of the voting system under democracy. Therefore fare voting was conducted for the student council of the school. Where in the morning assembly the nominees for the school Head Boy & Head Girl introduced them selves before the whole school. Later the students of classes VI onwards were called to the activity hall to cast their votes. Thus in this way the school Head Boy & Head Girl were declared by Principal Ma’am. 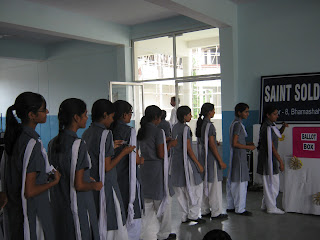 Van Mahotsav, a week long festival of tree planting is organised every year in the month of July, across India when millions of trees are planted. Following the same tradition our school also celebrated VanMahotsav Week. The Purpose is to create an interest among students to preserve forest & plant trees, because “Trees means water, water means bread & bread is life”. Students of every class were instructed to bring saplings to the school. They were instructed by their teachers to plant the saplings. This was the way to grow the love for trees & nature among the children. 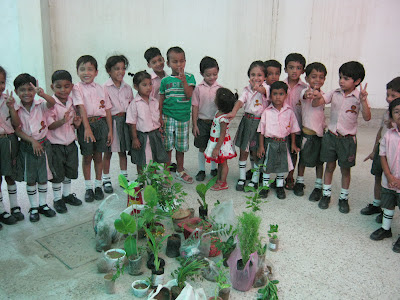 On this occasion the “Eco Club” was also introduced in the school.
‘Eco Club’ was initiated to create awareness in our school children who are the future safeguards of society & environment.

The introductory speech was given by the teacher in charge Ms. Namita Sharma, where she introduced the President (Ms. Aishwarya saxena), Vice President (Mst. Rajat Choudhary) & Co-ordinatior (Mst. Ayush Gupta) to the school. The members introduced themselves & were honoured by Principal Ma’am.
Eco club did the sincere attempt to develop among learners an awareness for resources conservation & conducted a skit by the students of classes IX & X in the morning assembly.

Aim behind the skit was to make the students aware about the effects of water pollution & make them understand the significance of natural resources in our life & appreciate the judicious use of resources for sustainable development.
On the last day of Van Mahotsav week Principal ma’am accompanied by the staff members planted the saplings and contributed to the environment.
at July 18, 2012 No comments:

We often tend to forget the importance of showing our affections and appreciation. Sometimes the smallest of things, could mean the most to another.Encouraged people achieve the best; dominated people achieve second best;So it's time to
APPRECIATE !!!! 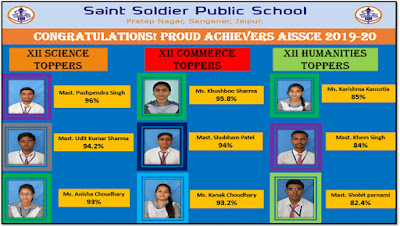