Spell Bee Competition of I to V!!! 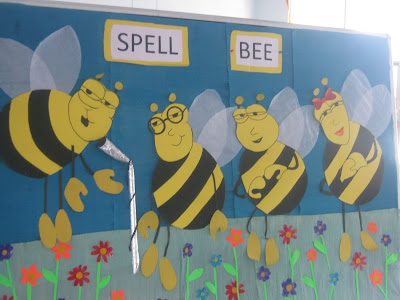 Rich vocabulary plays an important role in a person's expression. A sound knowledge of spelling pattern enable a person to be confident in his expression. Thus, a Spell Bee competition was held for classes I to V to make students learn importance of spellings and vocabulary and to improve their communication skill. 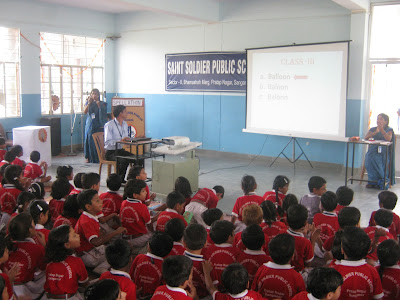 This was a class wise competition.There were five rounds in total. The first round was "Choose Correct Spelling Round", wherein multiple spellings of some word were shown on screen and Students had to identify correct spelling. Thereafter second round was "Jumbled Words Round" in which Students had to put jumble word in  correct- order and recognize the word. Third Round was named "Missing letters round", in which students had to fill in the blank and tell the word. Next Round was "Form Words From Word Round" in which- students had to form as many as word from a provided word.
Last round was "Rapid fire round", wherein students had to spell out maximum words in given time limit.Students enthusiastically took part in competition. They got motivated to work harder on their Vocabulary on daily basis. The winner was II standard.
at August 24, 2013