There is a Jewish Proverb which says, “God could not be everywhere so he created Mother”.
Mother’s Day is a day to celebrate motherhood. It is a day, when we show our love and gratefulness to our mothers. It is a celebration honoring mothers and motherhood, the unconditional love of mothers and their influence in society. Mothers are our guiding force and are responsible for making us who we are. 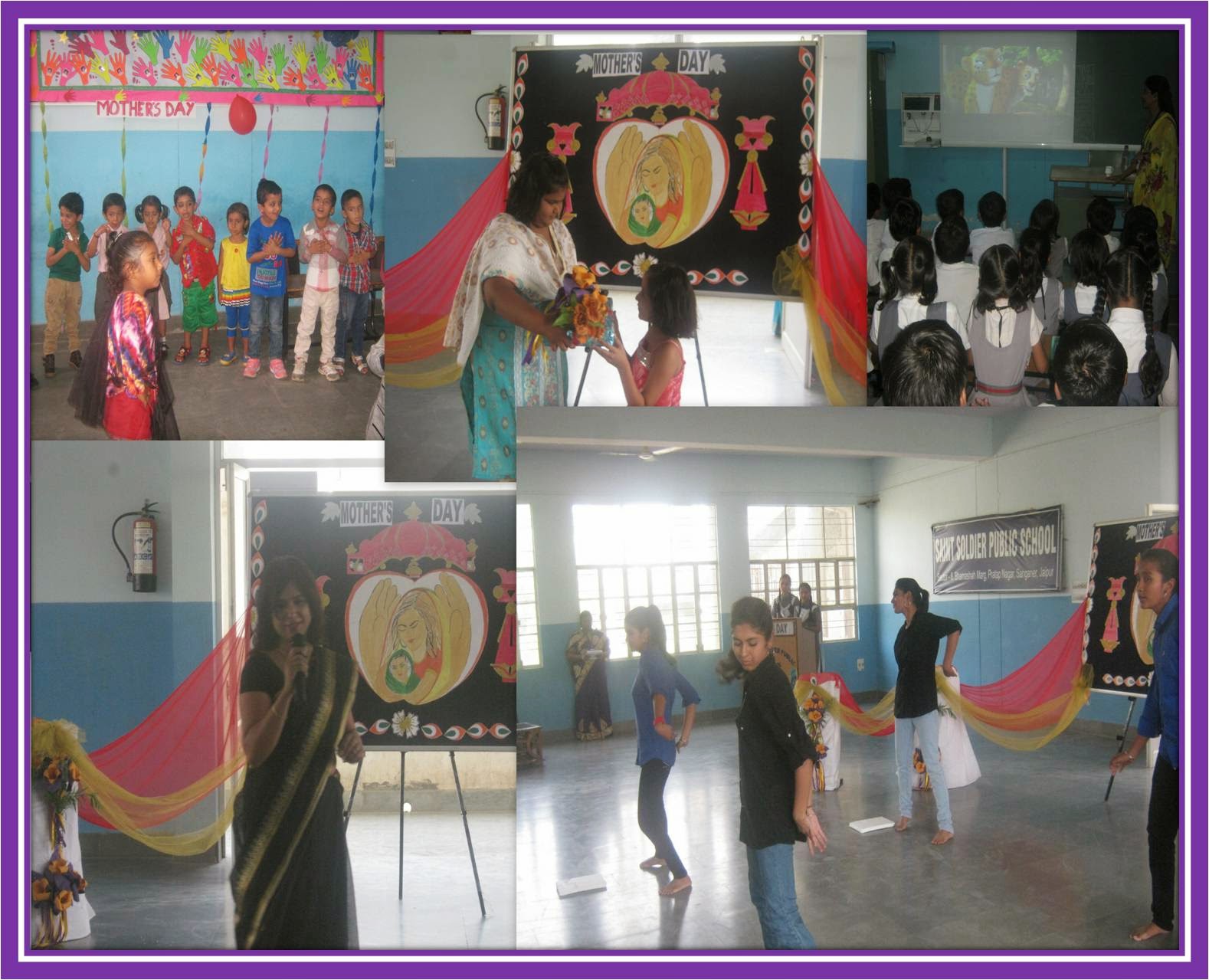 To generate this special feeling in our students and give them a chance to show their respect for their mothers, our school celebrated Mother’s Day on 8thMay, 2014 through different activities.


Mother’s Day celebration was held in pre-primary wing of Saint Soldier Public School. After the assembly two children gave speech on the topic Mother’s Day. The programme was followed by the song enactment on “Mamma” from the movie Dasvedaniya, after children enjoyed the dance party.
The celebration started with an inspiring speech given by Pawan Khandelwal under the guidance of Mrs. Nishi Dessa to remind students of mother’s contribution to our lives.
A special dance performance was also given by our senior students (Himadri, Meghna, Sarika and Lotus under the Supervision of Ms. Manisha) showing different faces of motherhood and to express their love and admiration to their mother on the special day. They stressed the greatness of mothers of the world. A touching enactment on a poem was also performed by our junior students (Ayushi, Soumya Sharma, Honey Sharma, Sukanya Choudhary Trained by Ms. Anjana) showing the sentiments of a child for his mother.
Our music choir ( Bhakti Patel , Mitali Jain, Kanishka Vyas, Jayant Singh , Sanjay Ucheniya, Pawan Khandelwal And Shubham Sahu With Amrik Sir)also presented a melodious group song for mothers.The students from classes I to III were engaged in an animated movie called ‘Delhi Safari ‘where again the deep bonding of love between the mother and the child was shown.
Overall the day was full of fun and excitement for the students and would definitely be a memorable day in their life. Last but not the least our Principal ma’am Ms.Gayatri Kulshreshta came forward to express her views on this auspicious day.
Overall, the school celebrated Mother’s Day on a big account.