“Freedom in Mind, faith in words,
Pride in our Heart, Memories in our Souls.
Lets salute the Nation on
The Republic Day”

26 January 1950, a Golden date in Indian history, when the constitution of India was enacted. The calumniation day of Himalayan efforts of all the freedom fighters.This has been a tradition of celebrating this day every year in our country, so 69th Republic Day was celebrated with utmost fervor and enthusiasm in the school. 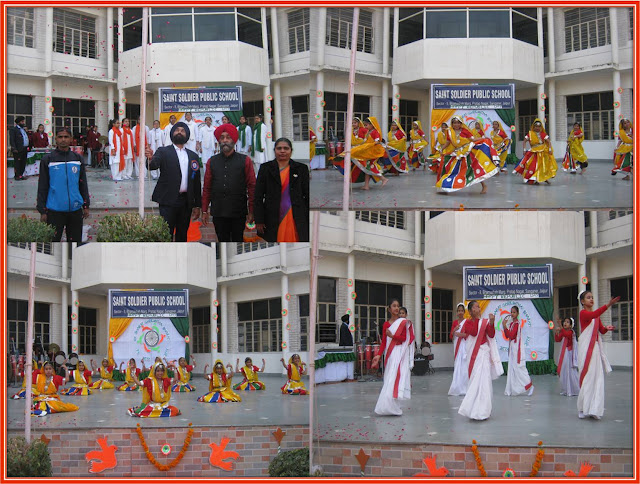 The program initiated by welcome of the invited guests, Sardar Gurjinder Singh Gill renowed Social Worker and Mrs. Ravneet Kaur as Presiding guest illuminated  the seats of guests along with Respected Secretary Sir Sardar Gurmeet Singhji.
After that, the symbol of integrity of India, tricolor was hoisted by Honorable chief guest followed by national anthem. Getting India free from British Government was not easy, it was attained through united efforts and sacrifices of millions of freedom fighters, to display the same unity of mind and action, a group of students presented melodious patriotic song. Hindi and English speeches were delivered by Aditya Sharma and Vivek Jain respectively.
Taekwondo performance of courage of young generation was showcased. The school was spell bound with the feeling of patriotism, unity, strength, courage and what not to spur every moment on Nation. To enhance the enthusiasm and patriotism in the event, two dances were presented by girls and boys respectively on patriotic theme. Later   respected   chief guest encouraged the students with his motivational words. The program ended with the Vote of Thanks by our Respected Principal Ma’am Mrs. Aruna Suresh. 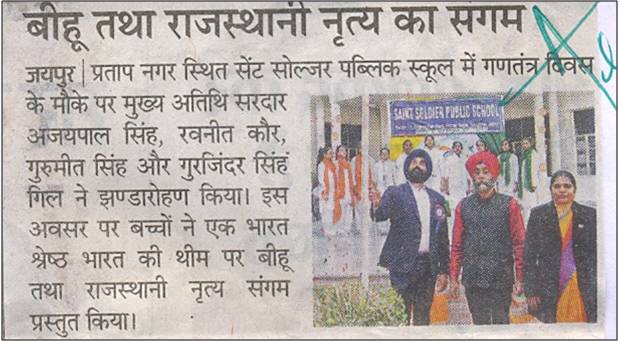 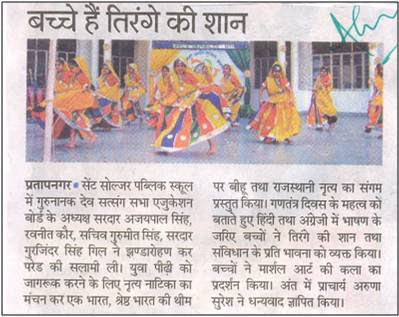