“Our great republic is a government of laws and not of men.  Here, the people rule”.

Saint Soldier Public School, Pratap Nagar celebrated 70th Republic Day in the School Premises. It was started with the unfurling of our National Flag by our school mentor and well-wisher Mr.Ashok Joshi. 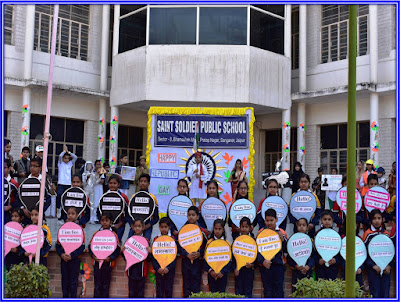 As the school Secretary Sir’s mother and brother had passed away early morning, the committee members could not attend the program and the program was conducted in a low profile. 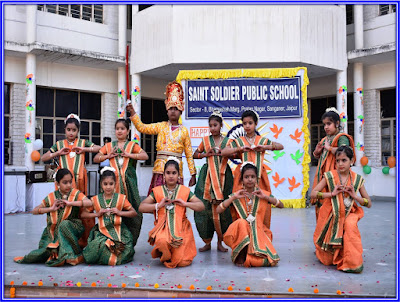 The program was initiated with the patriotic song & various cultural dances were presented by the students raising the sense of patriotism and belongingness among the gathering.  A dance drama expressing culture of India, skill India, Unity in diversity and Bhasha Sangam which recently launched by the CBSE highlighting the importance that India is a land of many languages & dilates. At last our respected Principal Ma'am Mrs. Aruna Suresh expressed her heartfelt thanks and announced the sad news and observed one minute silence to pray for the souls to be at peace.