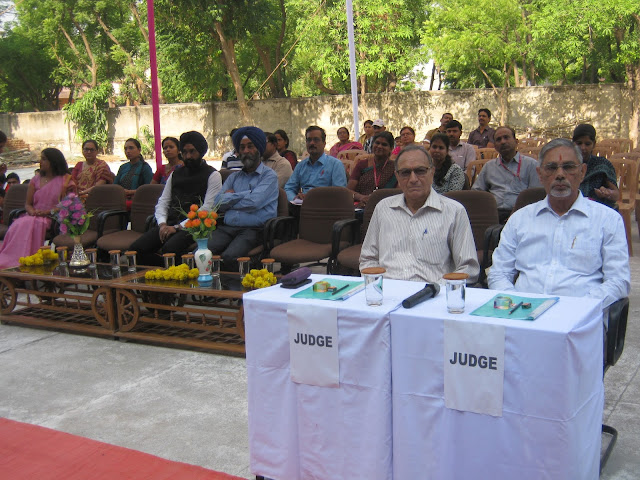 We were blessed to have with us as chief guest regarded Sardar Jasbeer Singh ji (Former Chairman of Rajasthan State Commission for Minorities and Treasurer of the School), Sardar Gurjinder Singh Gill and our respected Secretary Sir Sardar Gurmeet Singh ji. 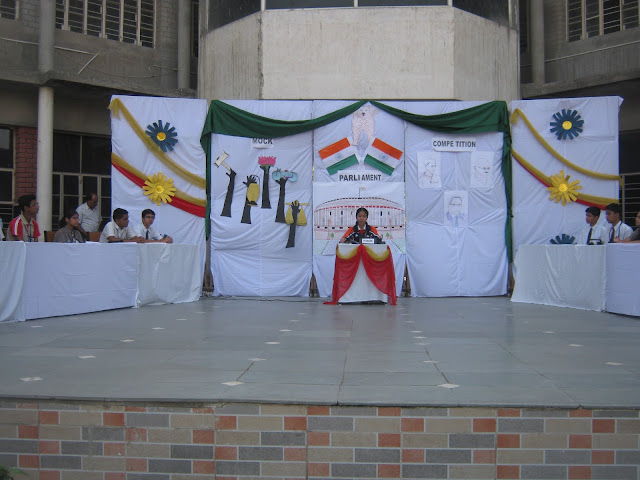 We were also privileged to have with us as judge’s Mr. Surendra Kumar (retired advocate of Delhi high court) and Mr.  Ravi Dayal (Geological Consultant at Caldery’s India Refactories Ltd.) 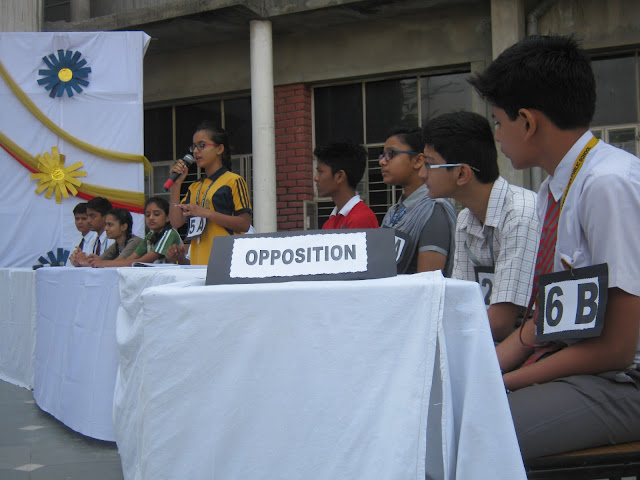 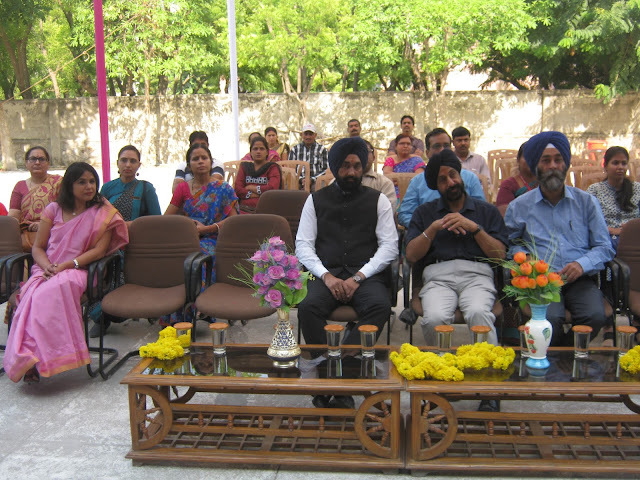 The session lasted for one hour. There were ten students each in favour of the motion who represented themselves as ‘Government’ and ten students against the motion who represented themselves as ‘Oppostion’. The complete session was conducted by Sukanya Chakrovarthy as the speaker. The session was really astounding and interactive. Students very nicely debated on their views. 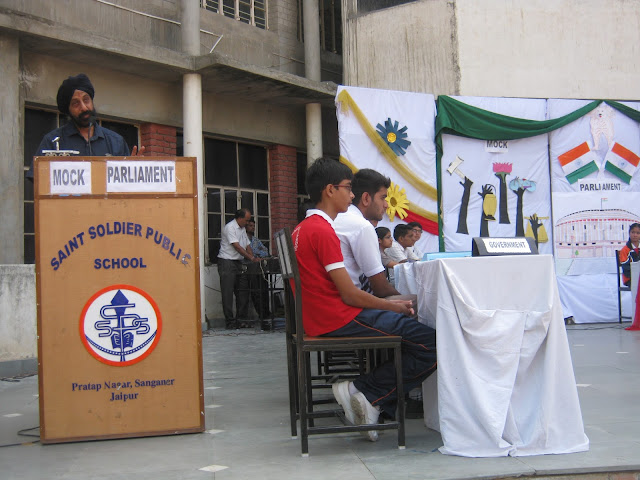 First position was bagged by Manan Kumar Garg MPS Jawahar Nagar, second and third positions were bagged by Prateek Anand and Bhupen Verma of Jaipuria Vidyalaya. The winners were awarded with certificates and trophies by the chief guest.
Our regarded judges were felicitated with mementoes by our respected secretary sir for their valuable presence. At last the chief guest motivated and congratulated all the students for their efforts and participation. 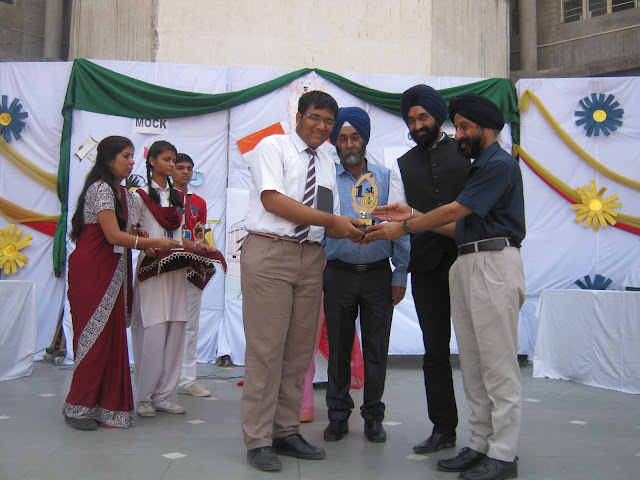 On a concluding note vote of thanks was given to thank our guests, judges and dear parents who took out their precious time to witness this session. 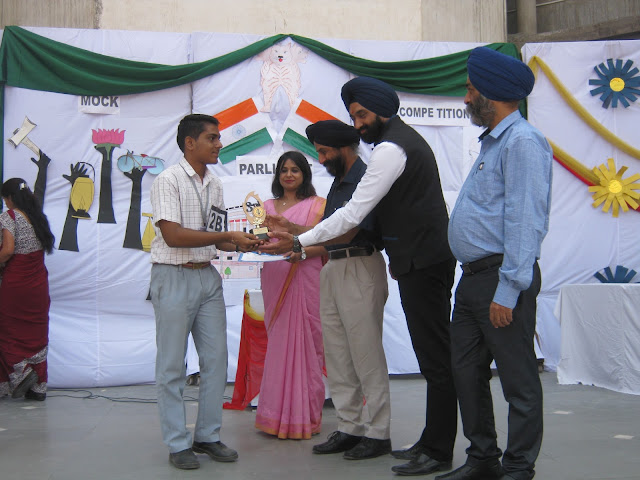 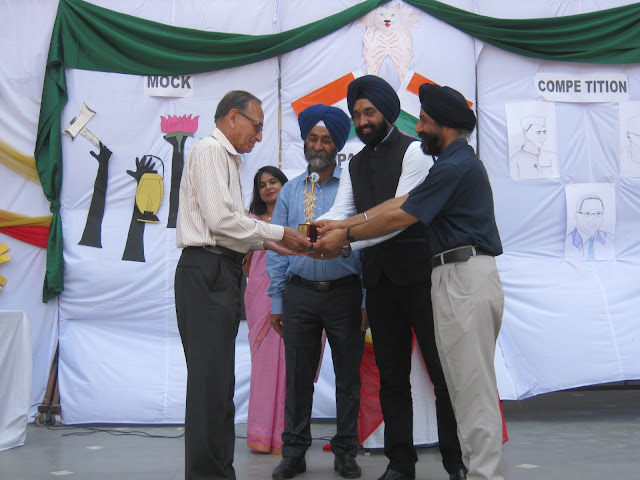 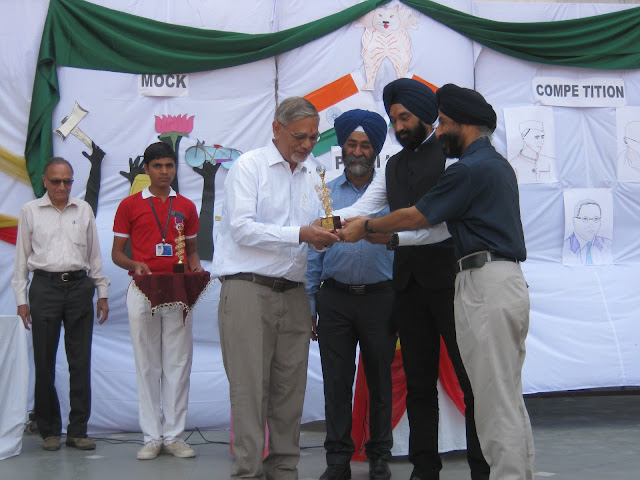